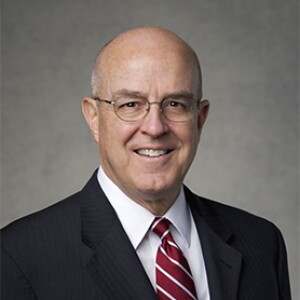 Elder L. Whitney Clayton, Senior President of the Presidency of the Seventy of the Church of Jesus Christ of Latter-day Saints, is scheduled to be the presiding authority and speaker during Brigham Young University–Hawaii’s Winter 2020 Commencement on Saturday, April 18, 2020. The event will be held at 9:30 am in the Cannon Activities Center. President John S. Tanner will conduct the commencement exercises.

Elder L. Whitney Clayton was sustained as a General Authority Seventy of The Church of Jesus Christ of Latter-day Saints on March 31, 2001. He has served as a member of the Presidency of the Seventy since 2008 and was named Senior President of the Seventy on October 6, 2015. He assists Elder Quentin L. Cook in supervising the Mexico Area and Elder David A. Bednar in supervising the Middle East/Africa North Area.

Elder Clayton served as a counselor in the South America South Area Presidency from 2002 to 2003 and as Area President from 2003 to 2006 while living in Buenos Aires, Argentina. Previously he served as an Area Seventy for the North America West Area for six years.

Lyndon Whitney Clayton was born in Salt Lake City, Utah, on February 24, 1950. He married Kathy Ann Kipp in August 1973. They are the parents of seven children.