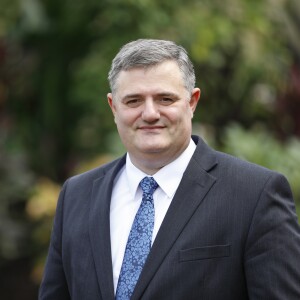 Georgi Lukov was born and raised in Bulgaria. His parents are Luko and Stefanka Lukov. He met and married his wife Tatyana while in Bulgaria and were later sealed in the Idaho Falls temple. They have three daughters and one son in law, who are all currently students at BYU–Hawaii. His favorite things to do are going on road trips, enjoying beautiful nature, watching interesting shows and documentaries, reading captivating books and a few other things.

Georgi has served in various teaching, supporting and leadership capacities in the church, on branch, ward and stake levels, and as an Ordinance Worker in the Laie Hawaii temple.

After high school, he completed his education as a medical doctor at the Medical University in Plovdiv, Bulgaria. Several years later, he earned a Ph.D. in Biochemistry from Brigham Young University. Following his doctorate, Georgi did research at the Cell and Gene Therapy Center at Baylor College of Medicine. He has been a faculty member in the Faculty of Sciences at BYU–Hawaii since July 2010.