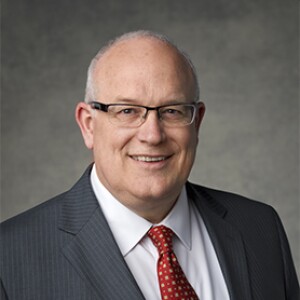 Elder Paul V. Johnson was sustained as a General Authority Seventy of The Church of Jesus Christ of Latter-day Saints on April 2, 2005. At the time of his call he had been serving as a member of the Fifth Quorum of the Seventy in the Utah North and Utah Salt Lake City Areas. He has served as Commissioner of the Church Educational System, First Counselor in the Chile Area Presidency, administrator of religious education and elementary and secondary education, and President of the Europe Area. He is currently serving at Church headquarters as Commissioner of the Church Educational System.

Elder Johnson received a bachelor’s degree from Brigham Young University in zoology in 1978 and a master’s degree in counseling and guidance in 1982. He went on to receive a doctorate in instructional technology from Utah State University in 1989.

Elder Johnson has served in a number of Church callings, including full-time missionary in the Norway Oslo Mission, counselor in a stake presidency, high councilor, bishop, elders quorum president, and Young Men president.

Elder Paul Vere Johnson was born in Gainesville, Florida, on June 24, 1954. He married Jill Washburn in August 1976. They are the parents of nine children.