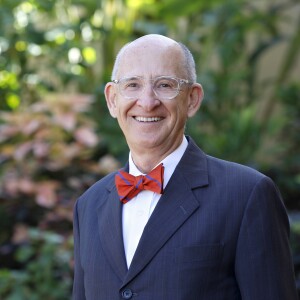 Neil J Anderson is a Professor of English Language Teaching and Learning at Brigham Young University–Hawaii and an Associate Director at the Edward D. Smith Center for Learning and Teaching. Professor Anderson is the author or co-editor of over 50 books, book chapters, and journal articles. His research interests include second language reading, language learner strategies, learner self-assessment, and ELT leadership development. Professor Anderson served as President of TESOL International Association from 2001-2002.

He has been a Fulbright Teaching and Research Scholar in Costa Rica (2002-2003) and in Guatemala (2009-2010). Professor Anderson was the 2014 recipient of the prestigious TESOL International Association James Alatis Service Award. In 2016 on the 50th anniversary of the TESOL International Association, Professor Anderson was recognized as one of the 50 individuals who has made a significant contribution to the profession of teaching English to speakers of other languages. Brother Anderson served as a missionary in the Guatemala-El Salvador mission.

He and his wife are the parents of five children and have 20 grandchildren with the 21st to be born in August. Brother Anderson currently serves on the High Council of the Married Student Stake on campus. He also serves in the Laie Hawaii Temple as a Sealer.